OPEN
Return to List of News
2021.11.05 [Event Reports]
Building Strong Characters Who are Specific Yet Universal 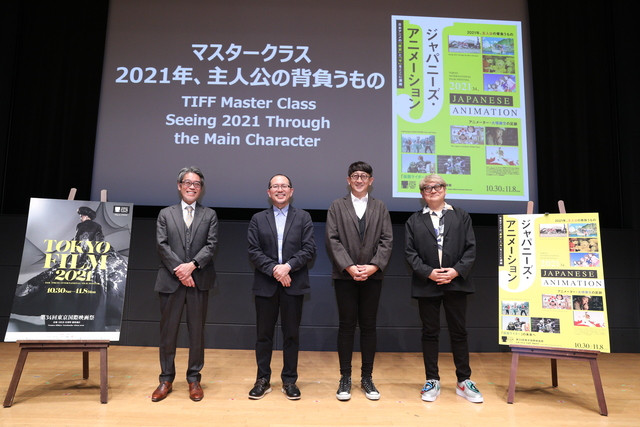 Both films are being presented in the Japanese Animation section at the 34th Tokyo International Film Festival, and both directors were on hand November 5 for an animated (pun intended) conversation with TIFF Animation Programming Advisor Fujitsu Ryota about the role of main characters in their work. 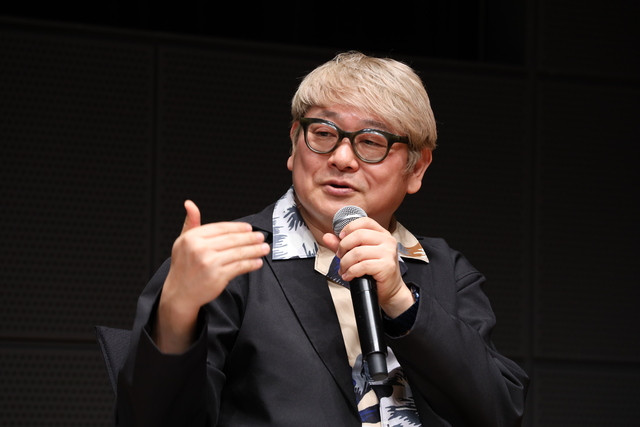 Fujitsu explained that he had programmed the master class Seeing 2021 Through the Main Character to explore anime’s tendency to have characters that audiences can feel very close to, with Watanabe’s and Mizushima’s newest films being strong examples.

Both films were produced with the backing of specific regions in Japan. Watanabe’s film is set in an Osaka harbor town and is adapted from a novel by Nishi Kanako, produced by uber-popular comedian Akashiya Sanma, and backed by the powerful talent agency Yoshimoto Kogyo, all of whom hail from or are based in Osaka. Hula Fulla Dance was commissioned through the Fuji TV-sponsored “Zutto Ouen” (We’ll Always Cheer You) Project, which aims to commemorate the 2011 Tohoku earthquake and tsunami. To promote anime tourism, the film is set in Iwaki’s Spa Resort Hawaiians, the same hotel featured in Lee Sang-il’s live-action 2006 Hula Girls.

These locations are filled with character of their own, a trend in anime over the last decade to feature environments based on real-life locations. Mizushima tends to work in genre fiction not set in the present day, but still argued for the importance of visiting a location to represent it in animation. “When I was about to direct Full Metal Alchemist, I went with my wife to Hungary for our honeymoon and took a lot of pictures of old buildings,” he laughed. The experience, though, gave the director confidence with his staff. “You get a feel for the atmosphere in a way that Google Earth can’t replicate,” he said. 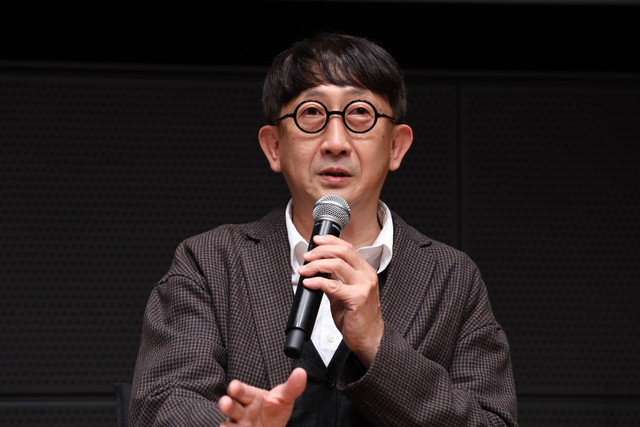 Both Watanabe and Mizushima emphasized how they wanted their characters to show growth in their films. In adapting a novel into a screenplay, Watanabe shifted his focus from the gag-centered Nikuko to the younger Kikuko’s growth and hopes for the future. Watanabe found inspiration from his many theatrical feature-length films for the Doraemon franchise, where the machinations of the blue robot cat Doraemon are used as a way to investigate the growth of perpetual brat Nobita.

Working with veteran screenwriter Yoshida Reiko on an original screenplay, Mizushima said they sought to create a wishy-washy protagonist who wasn’t a natural leader, but who would grow to be the center of an ensemble. The two were discouraged from overtly referencing the disaster, though thought it would be strange not to reference it at all. “We found we could achieve a balance by acknowledging the tragedy, but while having the characters find confidence in themselves moving past it,” he said.

Both Watanabe and Mizushima said that it’s important to make clear what their characters are feeling or thinking. One of the goals for Watanabe is to create characters who are “specific, but also could be anywhere.” Mizushima said an important quality of his characters is their “presence. I always think, ‘If this character was standing next to me, how would I feel?’” 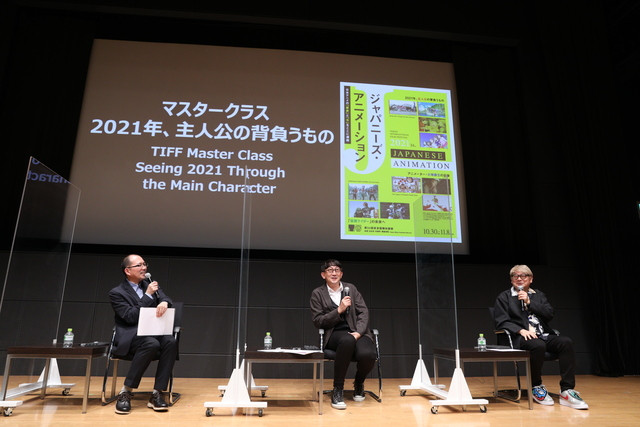 Both Fortune Favors Lady Nikuko and Hula Fulla Dance are centered around female protagonists, but both directors said they don’t change their approach to creating characters depending on gender. “I always try to empathize with my characters,” said Watanabe, while admitting that he does tend to understand male characters like Nobita. Mizushima admitted he also understands male better than female characters, but said he draws many “hints” from the screenplay to find a balance.
When asked what characters still resonated with the directors from their childhood, Mizushima quickly cited Kawasaki Noboru’s Inakappe Taisho (“It has all the foundations of a buddy comedy”) while Watanabe gravitated toward Doraemon (“I was probably such a bad kid and ended up really empathizing with Nobita and his character”). Both directors, however, agreed upon Mobile Suit Gundam’s Amuro Ray: “He was a protagonist who didn’t behave like one,” said Mizushima.

The casting of voice actors is essential to creating character, though the process of selection changes depending on the nature of the work being produced. Mizushima is against large casting calls and instead makes a short list of actors for each character. In some cases, he even reaches out directly to those he thinks would be a good fit. With Hula Fulla Dance, he selected lead voice actress Fukuhara Haruka due to her excellent “self-doubting voice,” which naturally fit the personality of hula novice Hiwa. 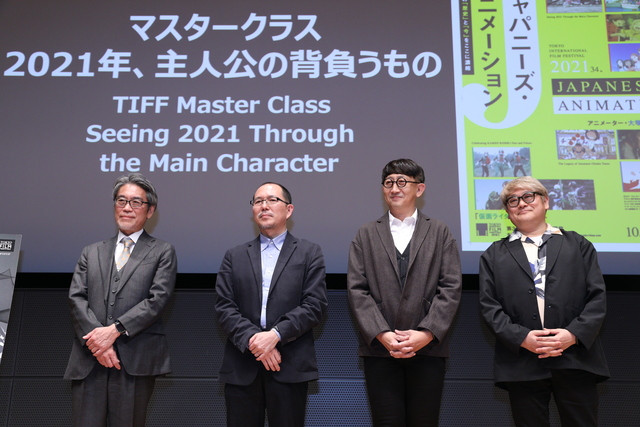 Although Watanabe and Mizushima are the same age with a similar amount of experience in the industry, they had never met before the master class. But they seemed to genuinely admire each other’s work and opinions, and were eager to continue the conversation. “There really are wonderful people in this industry,” said Watanabe. “We should go drinking sometime,” replied Mizushima.