OPEN
Back to the previous page
34th Jury

Members of the International Competition Jury 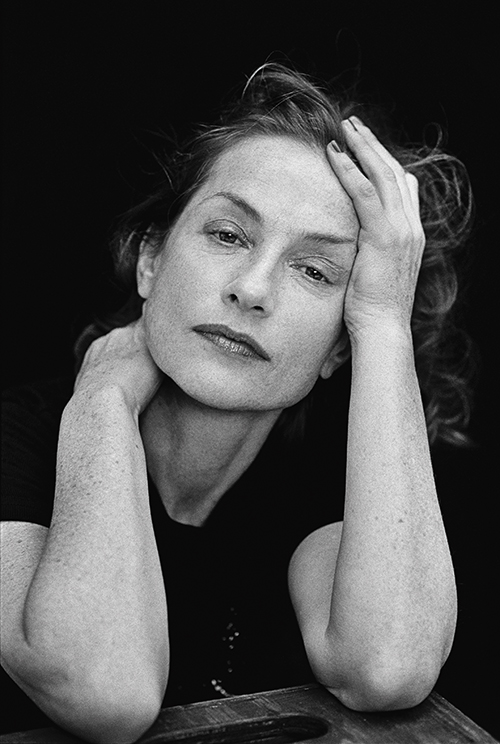 Message
It is a great honor to be chosen to preside over the International Competition Jury of the 34th TIFF, one of the most important Festivals in the world I have always considered with great respect. And what a joy to be welcomed again in Japan, a country with such a fascinating culture and an impressive film history.
I have had the pleasure of presiding on Festival juries throughout the world, and each time it is an inspiring experience to share my perspective with fellow talents from different backgrounds, united by a common love for cinema. I wish this edition of the festival a great success and I look forward to discovering the films selected this year together with the jurors, in a theater. How lucky we are! 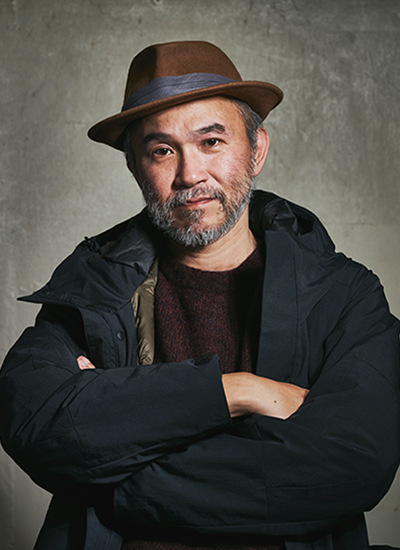 Aoyama Shinji was born in Kitakyushu, Fukuoka Prefecture, Japan, 1964. In 1996, he made his feature-length debut with Helpless, followed by such films as Two Punks (1996), An Obsession (1997) and Shady Grove (1999). In 2000, his Eureka was selected for competition at the 53rd Cannes Film Festival, where it won both the FIPRESCI Prize and Ecumenical Jury Prize. In 2000, he directed Roji-e: The Films Kenji Nakagami Left Out, a documentary about writer Nakagami Kenji; and in 2001, he was invited to compete at the Cannes Film Festival for the second consecutive year with his Desert Moon. Mike Yokohama: A Forest with No Name (2002) was a selection of the Berlin International Film Festival; and Lakeside Murder Case (2004), was his bold attempt at adapting a Higashino Keigo mystery into film. In 2005, his Eli, Eli, Lema Sabachthani? was invited to be screened in the Cannes Un Certain Regard; his Sad Vacation (2007) was nominated for the Orizzonti Award for Best Film at the Venice International Film Festival; 2011's Tokyo Koen earned him the Golden Leopard Special Jury Prize at the 64th Locarno Film Festival; and in 2013, his Backwater won the Boccalino Award at the 66th Locarno Film Festival. His latest work is Living in the Sky (2020), which was selected for the Busan International Film Festival.

"The older you are, the more you want something new." - This is a phrase from a hit song in post-war Japan, sung by film star Tsuruta Koji. Eight years ago, when I was invited to be a juror at several film festivals, I remembered the song. My feeling differed slightly from the song's meaning, but I felt that films all over the world have become the same. I wanted each of them to be different. Since then, I have turned down a few jury offers, because an old person like me is not needed there anymore. I became a film school teacher, lost my parents, got sick, and quit teaching. Now that I am cured of my illness, what I need is a new encounter and dialogue to begin my life with film once again. I want joy. I want to be surprised. That's my sincere hope. 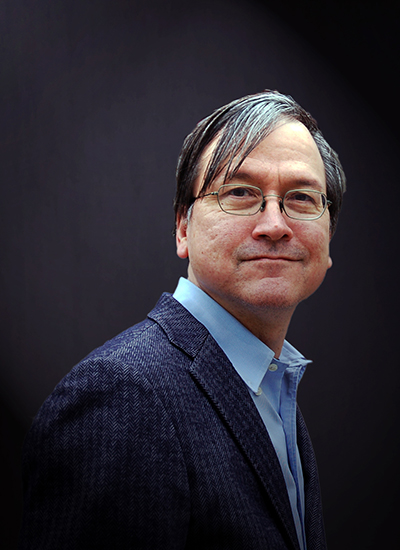 Chris Fujiwara has written and edited several books on cinema, including "Jacques Tourneur: The Cinema of Nightfall", "The World and Its Double: The Life and Work of Otto Preminger", and "Jerry Lewis". He was the editor of "Undercurrent", the film-criticism magazine of FIPRESCI (International Federation of Film Critics) and a film critic for the "Boston Phoenix", and he has contributed to numerous magazines, journals, and newspapers. He has lectured on film history and film aesthetics at various universities. Formerly artistic director of Edinburgh International Film Festival, he has recently developed film programs for other institutions and has organized and served as a mentor for workshops on film criticism and film programming. He is currently working on a theoretical and analytical study of ruptures that occurred in world cinema in the late 1950s and early 1960s.

The most important work of film festivals is not just to give a prestigious showcase to films that are guaranteed to find a large audience. A film festival, by creating the conditions for a better appreciation of cinema, should champion interesting films that might usually be expected to reach only a small audience. Above all, a film festival should serve as a meeting point for the many different continuities and communities by which filmmaking, film viewing, and film criticism are all sustained. I look forward with hope and excitement to seeing how the new programming director, Ichiyama Shozo-san, together with the TIFF team, will accomplish that task this year. 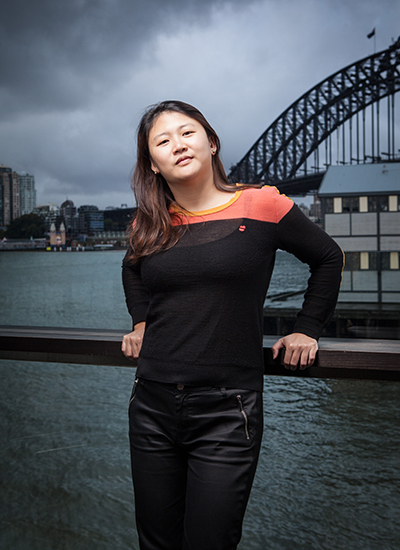 Lorna Tee is a film producer and curator, dividing her time between Asia and Europe. She has worked for Focus Films (Hong Kong), Variety (USA), Irresistible Films (Hong Kong/ Japan), and also film festivals like Berlinale and CinemAsia Film Festival. She is the co-founder and Head of Festival Management for the International Film Festival & Awards Macao until 2020. Selected filmography includes The Beautiful Washing Machine, Rain Dogs, Crazy Stone, My Mother Is a Bellydancer, The Shoe Fairy, At the End of Daybreak, Lover's Discourse, Come Rain, Come Shine, Postcards from the Zoo and Mrs K. She produces with her production company Paperheart, and with Amsterdam-based company, An Original Picture. She mentors and lectures with film training programmes / labs, primarily with emerging filmmakers, plus supports various international film institutions and film funds in multiple capacities. She is currently the year-round programming consultant for Cinematheque Passion in Macao.

Film festivals are a celebration of storytelling in cinema and in friendship ― in meeting old friends and getting to know new ones. There is a certain sense of homecoming when I am at a film festival, as people gathered are part of a community passionate about films. Crossing paths with the most unexpected people, indulging in local culture, and building bonds that would last a lifetime, is core to why film festivals rejuvenate me as much as cinema does. Being in Tokyo for the film festival is being home again. Bring on the films, friends, food and family. Arigato. 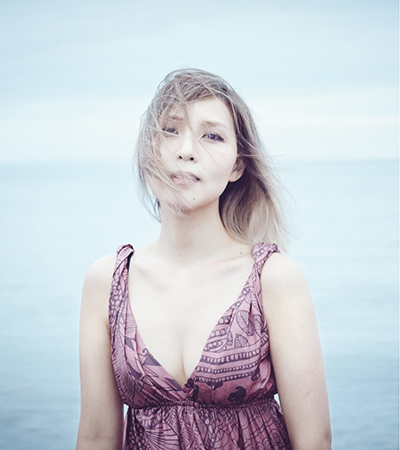 Born in Katsushika-ku, Tokyo. Sebu began composing at the age of four, and by age six, had decided to become a film score composer. As a student, she gained various opportunities as a performer at such events including the 1200th anniversary of the Heian Capital in Kyoto, and the Kyoto Conference on Global Warming ceremony. She then moved to France where she enrolled in the Ecole Normale de Musique de Paris to study film composition and would later graduate with honors. Sebu started her career as a film score composer with Yoshida Koki's Family X (2011) and remains in high demand today with offers coming in from numerous directors. Recent works as composer and music producer include Ishikawa Kei's Arc (2021), Yoshida Keisuke's Intolerance (2020), and Matsunaga Daishi's upcoming Pure Japanese (2022). Sebu is also a performer who has made appearances in a Google Chrome ad and ISSEY MIYAKE Paris Fashion Week. She has also worked on arrangements for "Final Fantasy Ⅶ Remake". Her talent also shines through in her collaboration with artists such as Mr. Children and Moriyama Naotaro. She actively supports the younger generation through her lectures at Waseda University's "Masters of Cinema" and The Film School of Tokyo.

Since my childhood I have loved films more than anything, and have thought of myself as "cinema-cian" rather than a musician even while majoring in music. I eagerly wanted to be a film music composer as soon as possible when I was in an elementary school. Cinema has been in the core of my life since that time.
I was at first very surprised when I was asked to be a jury member because I've never been close to a prize competition. I felt delighted, however, that TIFF recognized my passion and love for cinema from the films I have worked on, and I decided humbly to accept the responsibility. I cannot wait to see what kind of films I will encounter.

Members of the Asian Future Jury 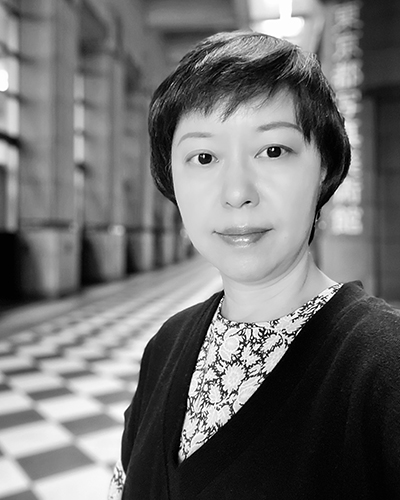 The University of Tokyo, Graduate School of Arts and Sciences, Professor

Han earned her doctorate from Kyoto University in 2006 and currently serves as professor at the Graduate School of Arts and Sciences at the University of Tokyo. She specializes in Chinese language cinema and culture and representation studies. Books written by Han include “Beyond National Cinema: Overseas Chinese Cinema and National Identity” (2014). She has co-written books including "Otokotachi no Kizuna, Asia Eiga: Homosocial na Yokubou (Bonds Between Men, Asian Cinema: Homosocial Desire)" (2004) and "Cultural Politics around East Asian Cinema" (2019). 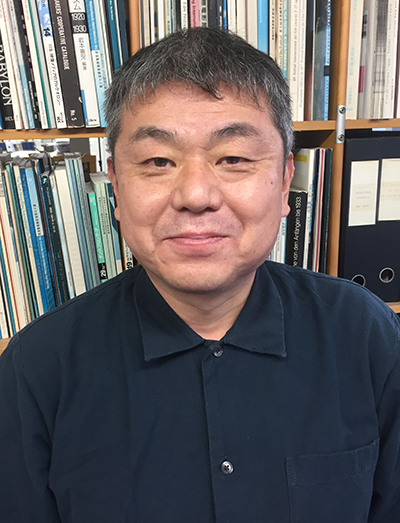 Born in Shizuoka City. Involved in independent screenings since his student years, Hojo joined the Ounichi Kyokai (Euro-Japan Association) in 1985, an entity later to become Eurospace. He initially worked as a projectionist, then transitioned to theater manager and bookings in 1989. Hojo served as a member of the jury for the Skip City International D-Cinema Festival Japanese Film Competition in 2018. As of 2021, he serves as Deputy Director of the Japan Community Cinema Center. 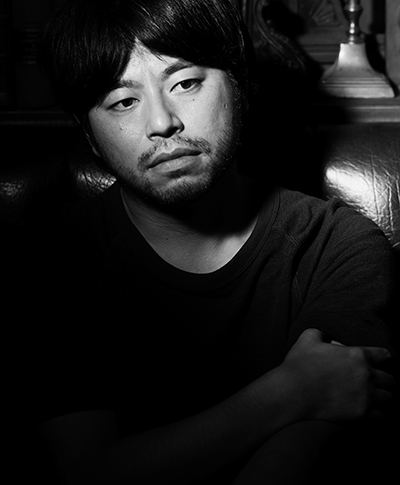 Ishii attended the Osaka University of Arts and his graduation film Bare-assed Japan (05) was awarded the Grand Prix at the PIA Film Festival.
In 2008, the Rotterdam Film Festival held special screenings for four of his films. In 2013, He was awarded Best Picture and Best Director at the 37th Japan Academy Prize for The Great Passage. His 2017 film The Tokyo Night Sky Is Always the Densest Shade of Blue garnered him first place on Kinema Jumpo’s annual Best Japanese Film list, and Best Director at the Asian Film Awards.