An acclaimed director Aoyama Shinji has passed away on March 21, 2022 at the age of 57. 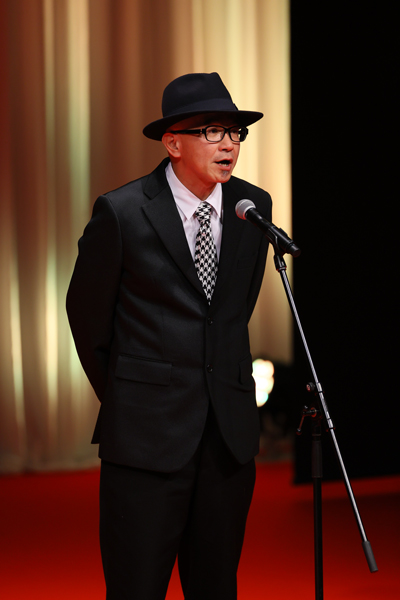 His films had screened at TIFF many times: Eureka in the Japan Now section at the 30th TIFF in 2017, Crickets in Japanese eyes section at 19th TIFF in 2006 and An Obsession in Cinema Prism section at 10th TIFF in 1997. He also participated in the talk session with a screenwriter Takahashi Hiroshi for the screening of Hyeon-hae-tan Knows directed by Kim Ki-young.

He made his feature-length debut with Helpless in 1996, followed by such films as Two Punks (1996), An Obsession (1997) and Shady Grove (1999). In 2000, his Eureka was selected for competition at the 53rd Cannes Film Festival, where it won both the FIPRESCI Prize and Ecumenical Jury Prize. In 2000, he directed Roji-e: The Films Kenji Nakagami Left Out, a documentary about writer Nakagami Kenji; and in 2001, he was invited to compete at the Cannes Film Festival for the second consecutive year with his Desert Moon. Mike Yokohama: A Forest with No Name (2002) was a selection of the Berlin International Film Festival; and Lakeside Murder Case (2004), was his bold attempt at adapting a Higashino Keigo mystery into film. In 2005, his Eli, Eli, Lema Sabachthani? was invited to be screened in the Cannes Un Certain Regard; his Sad Vacation (2007) was nominated for the Orizzonti Award for Best Film at the Venice International Film Festival; 2011’s Tokyo Koen earned him the Golden Leopard Special Jury Prize at the 64th Locarno Film Festival; and in 2013, his Backwater won the Boccalino Award at the 66th Locarno Film Festival. His latest work is Living in the Sky (2020), which was selected for the Busan International Film Festival.