OPEN
Return to List of News
2021.11.03 [Event Reports]
Looking Back on the Pre-Pandemic Good Times 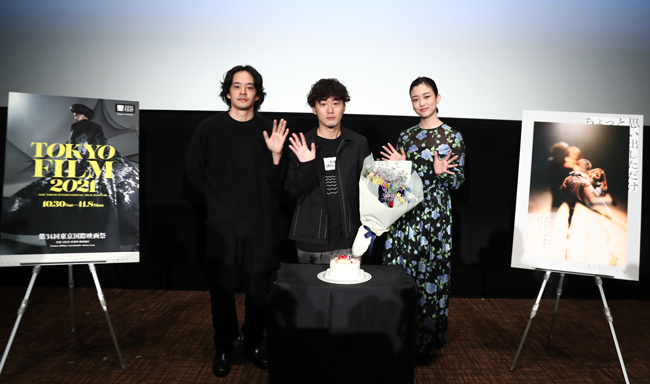 The film begins in the midst of this year’s Tokyo Olympics, in the heart and heat of the pandemic summer. Takeo (Ikematsu) is a lighting technician who was once a promising dancer. On his birthday, he’s on stage practicing when taxicab driver Yoh (a wonderful Ito Sairi) walks in and begins watching him intently. Just what transpires between these two is revealed through a clever narrative structure: the film repeatedly depicts the same day (Takeo’s birthday), but with each depiction, it moves one year further into the past.

By going in reverse and away from the bleakness of the COVID present, Just Remembering is strangely buoyant, even uplifting. We learn of Takeo’s injury, of how it derailed his career and helped to end his relationship with Yoh. But we also see Takeo and Yoh’s rapport and chemistry, both in intimate moments in Takeo’s flat and during lively dances in the streets of Koenji. We see that even if things may or may not work out, love is worth pursuing and, importantly, recalling. We also see in various drinking parties, maskless conversations and spontaneous encounters, that life before the pandemic was pretty good. 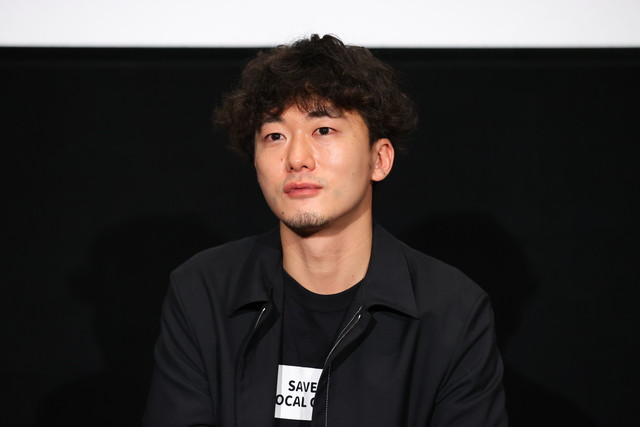 Matsui’s work has been featured at TIFF before, with his 2016 Japanese Girls Never Die also featured in the Competition section. He said he wrote the script for Just Remembering inspired partially by Jim Jarmusch’s elegiac anthology Night on Earth, about five taxicab rides occurring at the same time in different parts of the world (numerous homages to the earlier film abound, from a poster of the film hanging over Takeo’s bed to Takeo and Yoh watching the film and acting out scenes from it). “We obviously couldn’t do that now,” said Matsui, referring to a global shoot, “so we came up with the idea of depicting this one birthday and slowly going back to better times.”

Matsui said he spent the last year writing the script, though post-production was much quicker, considering it was shot in the middle of the summer. Much of the film takes place in Yoh’s taxicab as she drives through the streets of Tokyo. Matsui opted to have a film truck pull the taxi rather than use a green screen as most Japanese filmmakers do, to impart a greater sense of reality. It wound up being much more work with lighting and camera placement, but provided greater verisimilitude in the actors’ performances and the portrayal of Tokyo’s glittering cityscape.

Despite the tight turnaround, Kawai said the crew seemed to really enjoy their time on the set, which she believed “reflects how much the director enjoys the creative process.” Kawai plays Izumi, a college student smitten with Takeo. Though the role is small, Matsui said Kawai “exceeded my expectations and created a character that grew more and more lively.” The actress said she grew more confident as the production went on and felt like she was able to “embody and become Izumi” by the end. 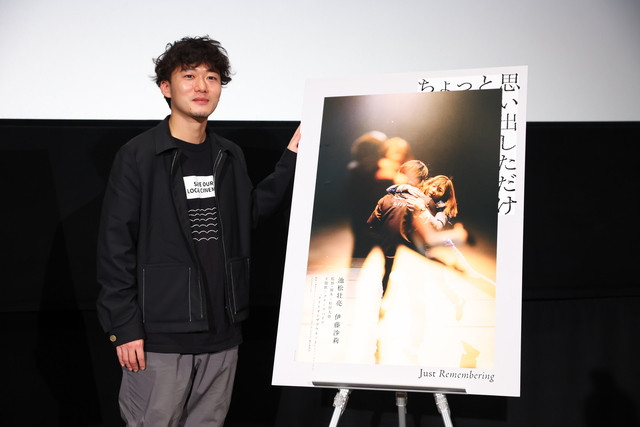 In a fun coincidence, Matsui revealed that the film’s world premiere was actually being held on his own birthday. He received a congratulatory bouquet from Kawai, and a birthday cake from Ikematsu. Ikematsu and Matsui have had a working relationship that spans a decade on various stage productions, TV dramas, and films, and Matsui was clearly moved by the actor’s gift to his “beloved director Matsui Daigo.”

While Just Remembering makes clear that we can’t go back to the past, it also reminds us that there is still a lot of story left to write. Across the past two years, the pandemic has wreaked havoc on the world but, as Matsui pointed out, “This film shows the pandemic through the eyes of some of us in Tokyo, but it also encourages us to march forward with our lives. There’s a special significance in being able to show this film here.”