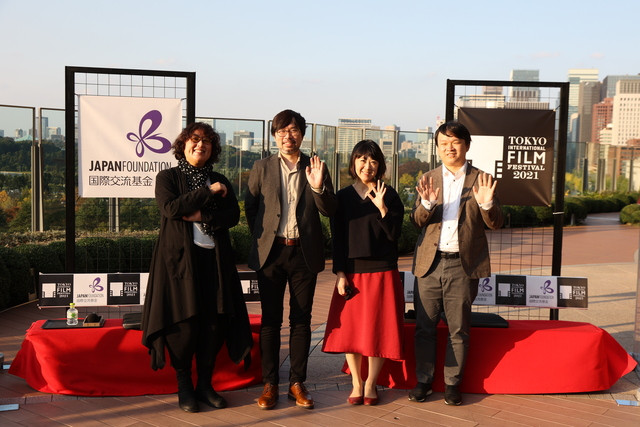 For Japanese filmmakers, one perennial question is how to get your film to an international audience, especially in an industry that is constantly changing. A special session addressing just this issue was held on November 2 as part of the Conversation Series at Asia Lounge at 34th Tokyo International Film Festival. Moderated by Araki Keiko, festival director of the Pia Film Festival, it allowed three speakers – Harumoto Yujiro, Takata Shiori and Xu Haochen – to share their experiences making (Haurmoto) and distributing (Takata) the 2020 film A Balance, which has been invited to several dozen international festivals, including Berlin and Busan.

Harumoto, the director, scriptwriter and producer of the film, explained how his previous festival experiences helped him to aim for international attention. “I first experienced the world of film festivals at the 29th TIFF when my film Going the Distance was included in the Japanese Cinema Splash section. What’s great about film festivals is that people from foreign festivals get together, so I could learn what foreign filmmakers are thinking when they’re making films.” 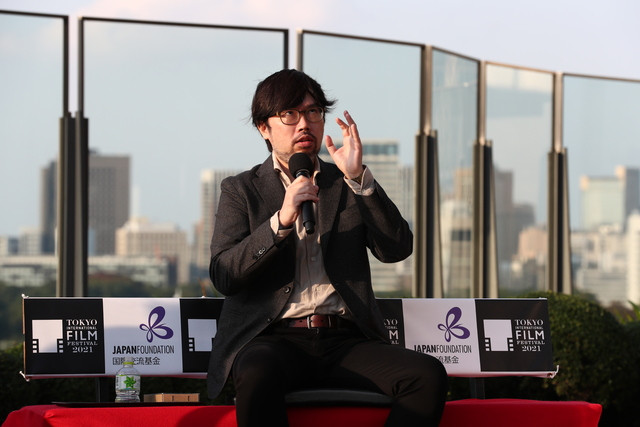 When I went to a film festival in France, filmmakers from many countries were there, and they could all look at and situate their own countries in a larger global sphere. They were all thinking about why they have to make films in their own countries. They basically had a philosophy. It made me realize how shallow I was.”

Such an experience encouraged Harumoto to explore his own philosophy without being restricted by requirements from external funding sources. “I have 10 years of experience as an assistant director. I know how to manage productions. As long as I can find the money myself, I’m capable of drawing up the production schedule and estimating how the budget needs to be.” 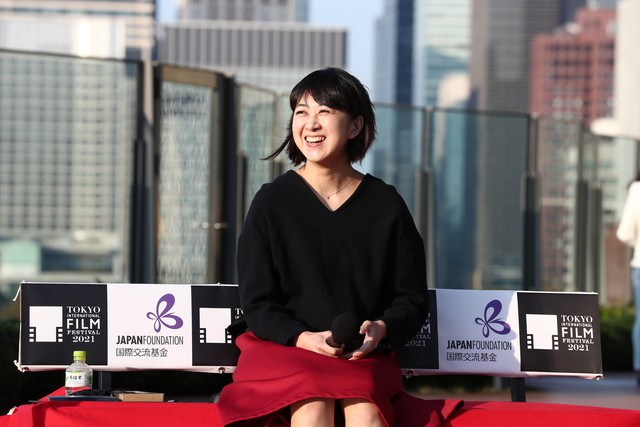 To reach a wider audience with his second feature, Harumoto decided to collaborate with Takata, the head of Film Licensing, International Sales and Acquisitions at Toei, who was in charge of A Balance’s international licensing. Takata remembers that she was amazed by Harumoto’s passion from the moment they met. “A clear vision is not something you see in everyone,” said Takata, “From my experience, having a bigger vision is better. Small leaves will come later if you have the trunk.”

The conversation inevitably made references to the ever-growing Chinese film industry. According to Xu, a film journalist and programmer at the Shanghai International Film Festival, Japanese filmmakers and distributers are not taking full advantage of potential opportunities. “The Japanese side should appeal more to the Chinese industry. What’s lacking is a promotion system for international markets,” noted Xu. “For the Japanese, marketing means domestic promotion. But in China, there is no domestic promotion. Once information is released on the Internet, it’s not domestic. It crosses borders. They should pay more attention to that.” 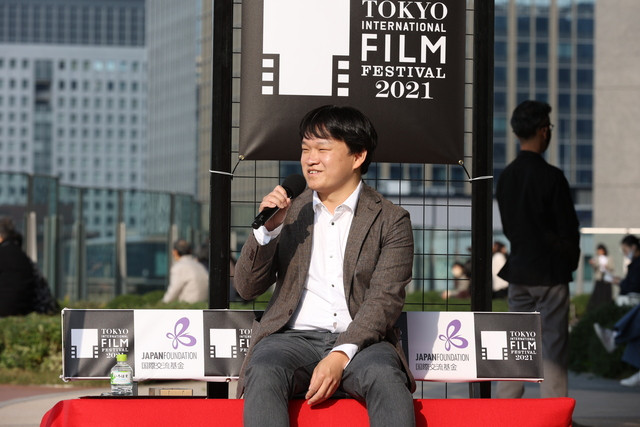 Takata, however, acknowledges there is a danger in approaching the Chinese market. “I’ve been in charge of film sales to China for more than 15 years,” she said. “There is a country risk and a censorship risk. It requires certain techniques.” Xu, on the other hand, believes that risks and censorship are not only an issue in China: “There are things you cannot do. But that’s actually the same in the Japanese film industry, too. We need to think about how to overcome these difficulties.”

As a means of tackling regulations that restrict creativity, crossing borders is more necessary today than ever. Harumoto believes that film festivals can provide an opportunity to expand international collaborations. “People you meet at festivals can be your business partners,” said the director. “It’s important to let them know what kind of philosophy you have, what you want to create and what your film aims to do. Once they trust you as a creator, they might become your partner and finance your films.” 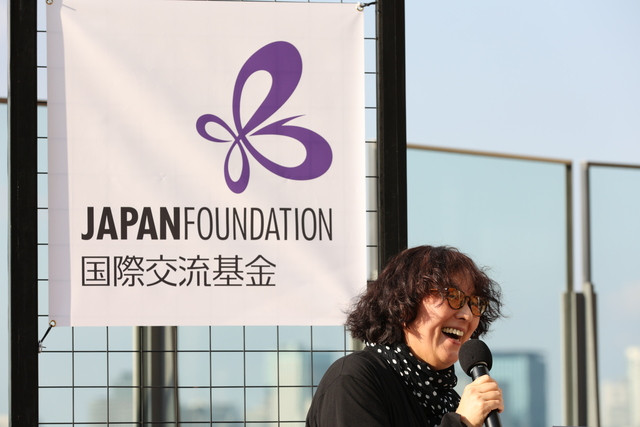 Despite having difficulties speaking English, Harumoto believes that a language barrier is not actually a problem at international film festivals. “It’s better to establish your philosophy first. The language can come later,” he emphasized. “What matters is your language, that comes from who you are.”