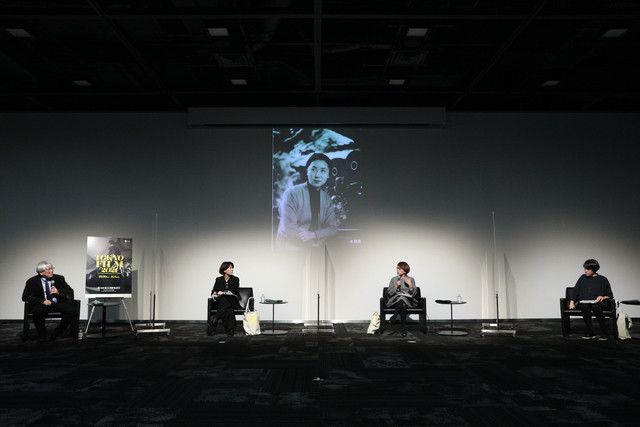 Classic film enthusiasts are especially fortunate this year: the Japanese Classics section of the 34th Tokyo International Film Festival is highlighting the work of legendary actress Kinuyo Tanaka, who, unbeknownst to many of her fans, was also a distinguished film director. Along with screenings of four restored Tanaka films, the pioneering director was also the subject of a November 1 symposium presided over by TIFF Programming Director Ichiyama Shozo, whose first guest was Christian Jeune, Director of the Film Department and Deputy General Delegate of the Cannes Film Festival.

As Ichiyama explained, the restorations had been initiated by the French film industry. Thanks to French film aficionados, Tanaka’s body of work is being revived. The Cannes Film Festival had screened a restored version of Tanaka’s The Moon Has Risen (1955) at this year’s event, before it was released in French theaters along with five other films she had directed.

Jeune said that there is a market for “restored classics” in France, and thanks to positive press buzz from a festival in Lyon that showed the restored Tanaka films—”three weeks of Tanaka, every screening packed”—they were then slated for nationwide release.

Tanaka was one of the first women to helm major studio films, starting with the melodrama Love Letter in 1953, which was written by the director Kinoshita Keisuke, who had employed her as an actor in many of his films. Another giant of Japanese cinema, Ozu Yasujiro, wrote the script for The Moon Has Risen, which is one of the four Tanaka-directed movies being shown in TIFF’s Japanese Classics section. Apparently, Ozu had written the script, about a headstrong young woman and her romantic designs on an ineffectual intellectual, as a project he intended to direct himself, but never got around to it. 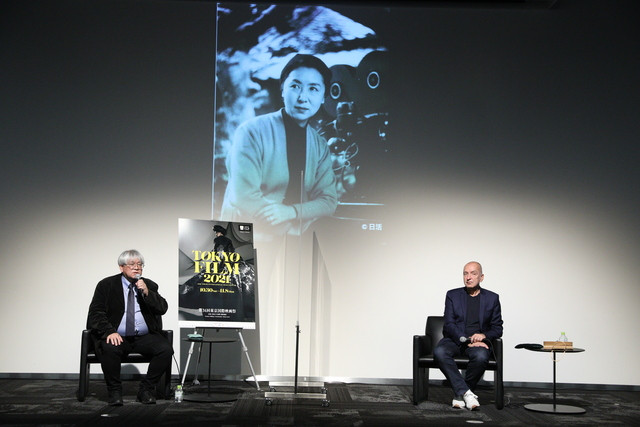 The four films being shown at TIFF cover a wide range of styles and themes, from the light comedy of The Moon Has Risen to the classic tale of forbidden love, Under the Crucifix (1962), the finely textured social study, Forever a Woman (1955), and the sweeping modern historical epic, The Wandering Princess (1960), all of which are being screened in new digitally restored 4K versions.

When asked his personal opinion of her work, Jeune remarked, “I knew her as an actress, but didn’t know she was a director, and I was shocked, not just by one film, but by six, all made in the 1950s and 1960s, which are striking in their modernity and topicality. She was dealing with things like prostitution and the problems of women that no one else was talking about. She talks frankly about breast cancer. Even in Europe, films didn’t go into that at the time. And they’re all built around strong female characters. As a director, only she could address these subjects so directly and honestly.”

Jeune also praised Tanaka’s artistry, her way of using the camera impressionistically to convey “introspection” and naturalness. “She was a master of technicolor. She really incorporated it into her film language.”

He expressed his hope that these restorations would receive theatrical releases in Japan, too, but he also admitted he was surprised they’d been out of circulation for so long, especially in Japan. “They have big stars in them, after all. Is it because she is a woman?” he asked. “These films are part of cinematic history and landmarks in their own way.”

Ichiyama ventured that there’s been a rediscovery in recent years of female directors from the past, such as Ida Lupino, another woman who was more famous as an actress. Jeune replied that most of these women were already known to a certain extent, but that the rediscovery of Tanaka’s films was “breaking news.”

In the end, however, Jeune insisted that Tanaka should not be categorized as a “female director,” but rather she should be considered a major filmmaker, period.

Following Ichiyama and Jeune’s discussion, three Japanese women took the stage to talk about Tanaka and her work from a more academic standpoint. Film director Mishima Yukiko, Professor Saito Ayako of Meiji University, and Tomita Mika, researcher at the National Film Archive of Japan, discussed how Tanaka tried to make it in Hollywood, and then her struggles as a woman filmmaker in a very male-oriented Japanese studio system. Yet she was able to direct movies for almost all those studios.

And contrary to what Jeune had said, Tomita pointed out that Tanaka has in fact been recognized as a fine director in Japan over the years with various retrospectives. But apparently, these only appeal to diehard film fans, which is an old story and one that needs to be rewritten. 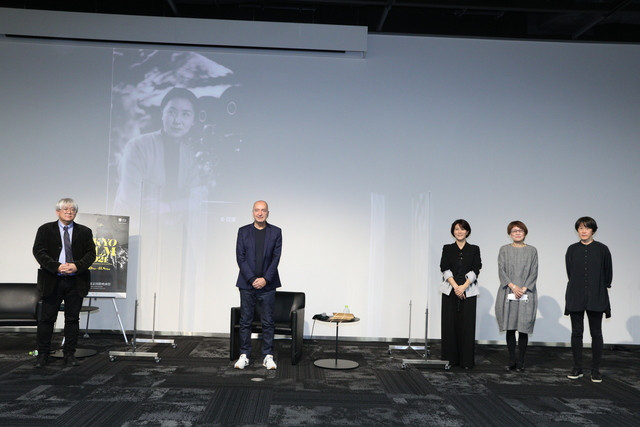