The 34th Tokyo International Film Festival (TIFF) is pleased to announce that alongside its physical events, it will host multiple online programs again this year, with enhanced content. The online component of the festival began last year as a special measure against the spread of COVID-19. Two types of online programs will be featured: Audience Participation, which will accept questions from viewers; and Online Symposium, which are webinars with filmmakers or industry professionals that audiences can view but not participate in. We look forward to seeing you online from around the world at this year’s TIFF.

Due to the ongoing difficulty of welcoming international guests to Japan, TIFF Talk Salons will be held again this year to connect fans with the filmmakers of this year’s TIFF selections, who will share many behind-the-scenes stories. Unlike last year’s event, which was limited to viewers of the films, this year’s event will be available to a wider audience via live streaming on YouTube (it will be archived, too.) We will also accept questions from viewers for the film guests online (Please note that we may not be able to answer all questions due to limited time.)
We will be hosting about 40 salons, mainly for the films in the Competition, Asian Future, World Focus and more! Please join us for this unique event designed for cinema fans.

The Japan Foundation and TIFF will present the second year of the Conversation Series at Asia Lounge, selected by a committee that was once again advised by Palme d’Or winner KORE-EDA Hirokazu. Acclaimed directors and actors from a variety of countries and regions in Asia and beyond will gather at the Asia Lounge to chat with their Japanese counterparts. This year’s theme will be Crossing Borders. Guests will share their thoughts about film and filmmaking, focusing on their efforts to transcend borders. We have invited as many international guests as possible to Japan, so that conversation and interaction at the Asia Lounge can be in person, and we are pleased that actress Isabelle Huppert and filmmaker Kamila Andini will be able to join us physically. The sessions will be broadcast live from the festival venue in Tokyo Midtown Hibiya every day for eight days, from October 31 (Sun) to November 7 (Sun), and in-person audience participation is available this year. Stay tuned!
→More Information

Other Seminars and Symposia
The 34th TIFF will also be hosting the following seminars and symposia, all of which will be available online. Be sure to check the TIFF website for more details.

World Cinema Conference
Oct 31 (Sun) 6:30 pm (JST) -/Live stream on TIFF’s YouTube
As a new initiative and a further leap, we will bring together distinguished guests and film industry professionals from overseas, including heads of international film festivals such as Cannes and Berlin, to discuss the future of the film industry.

KAMEN RIDER series online talks
The Japanese Animation Section will also feature a variety of events in its Tokusatsu Sidebar, which focuses on KAMEN RIDER (a.k.a MASKED RIDER), the pioneer superhero, which celebrated its 50th anniversary this year. An exciting lineup of guests will appear to recall the brilliant trajectory of the masked heroes who are fan favorites of all generations.

In addition, although this is closed event, in collaboration with The Japan Foundation Asia Center, TIFF will host a webinar with film industry professionals from film festivals in Southeast Asia and others to exchange opinions and foster a closer online network between festivals in the region.

TIFFCOM Online
TIFFCOM, the affiliated market of TIFF, is being conducted fully online due to COVID-19 this year. It will be hosting such webinars as “Netflix: From Asia to the World – Breaking Out New Titles” and “The Latest Info of Anime Industry – based on Anime Industry Report 2021”.
Please refer to the official website for details: tiffcom-online.jp/open-list-seminar/


TIFF Times Daily Newspaper
Along with the Online Audience Participation Program, the 34th TIFF will publish the TIFF Times daily newspaper every day from October 30 (Sat) through November 8 (Mon) in A3 size, full color. News dailies are familiar features of international film festivals, and TIFF is pleased to once again be publishing one. It will be distributed at TIFF venues including theaters, the press center and even the information booth in front of Yurakucho Station. In addition to daily screening information and theater maps, interviews with Jury President Isabelle Huppert and directors of TIFF selected films will be featured. A score chart for the Competition section tracking rankings by film experts will also be posted from the November 2nd issue. 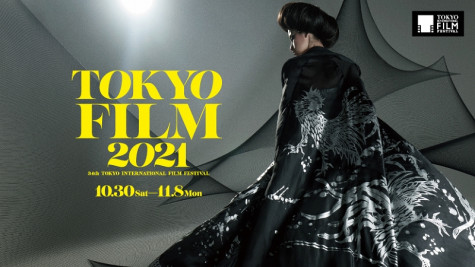