The Tokyo International Film Festival (TIFF) is pleased to announce that we will be highlighting the work of distinctive director YOSHIDA Keisuke at the 34th TIFF, running October 30 – November 8, 2021.

Yoshida will be saluted with screenings of his work in TIFF’s Nippon Cinema Now section, a newly expanded section that replaces Japan Now and will bring more diverse Japanese films to world audiences. In the former Japan Now section, TIFF featured filmmakers who were already active on the frontlines of the Japanese film industry, including directors HARADA Masato, IWAI Shunji, OBAYASHI Nobuhiko and FUKADA Koji, acclaimed actor YAKUSHO Koji, and actresses ANDO Sakura, AOI Yu, MITSUSHIMA Hikari and MIYAZAKI Aoi. The Nippon Cinema Now section will instead focus on emerging and singular talents who deserve greater recognition on a global scale.

YOSHIDA Keisuke’s latest work, Intolerance, has prompted buzz in the industry and will open in Japanese theaters on September 23. It is his second film release this year, preceded by Blue, which received rave reviews and played in a number of festivals overseas. Yoshida has received attention for works such as Himeanole (2016), Thicker Than Water (2018) and Come on Irene (2018). Each film expresses his singular vision and deeply moves audiences. Yoshida’s talent for depicting the madness of human relations between a diversity of characters, including a stalker, siblings, an international couple, boxers, a perpetrator and a victim, deserves to earn increased notice at film festivals in Japan and abroad in the future.

TIFF is honored to showcase the works of director YOSHIDA Keisuke, whose exceptional talent you can witness in the theater with Nippon Cinema Now screenings of his latest film, Intolerance (2021), as well as Himeanole (2016) and Blue (2021).

YOSHIDA Keisuke Profile
YOSHIDA Keisuke (born in 1975) graduated from the Tokyo Visual Arts film school and worked as a lighting engineer on films by director Shinya Tsukamoto. In 2006 he made his directorial debut with the youth drama Raw Summer,and was awarded with the Yubari International Fantastic Film Festival Grand Prix. He then published a novel and later filmed it as the quirky father-daughter comedy Café Isobe (2008). His other films include Tsukue no nakami (2007), Sankaku (2010), The Workhorse & the Bigmouth (2013), My Little Sweet Pea (2013), Silver Spoon (2014), Himeanole (2016), Thicker Than Water (2018), Come on Irene (2018), Blue (2021) and Intolerance (2021).

Comment from YOSHIDA Keisuke
When I was working hard to be a film director, the Tokyo International Film Festival was where I went as an audience member. I never dreamed that my films would be screened there. I can say that my dream came true, can’t I? I’m crying with happiness. Even better, it’s as the Director in Focus. I’m too elated and overwhelmed.

Comment from ICHIYAMA Shozo, 34th TIFF Programming Director
The first YOSHIDA Keisuke film I saw was Himeanole. I was astonished by his amazing talent as a director, and I went back and watched his earlier films. I was embarrassed that I hadn’t seen them. Yoshida’s ability to bring out such drama from ordinary people is something to behold. It is a great pleasure to highlight his work in 2021, a year in which he has released two masterpieces, Blue and Intolerance.

Comment for Intolerance from Mark Schilling,
Senior film critic, The Japan Times and Japan correspondent, Variety
Intolerance uses a tragic accident, with no one really to blame, to investigate not only how the mass media preys and the local community shuns – both all-too-familiar tropes in Japanese films – but how the process of grieving and forgiveness truly works, without painting the participants purely wrong or right. Like Yoshida’s previous films it traffics in extreme acts and emotions, but with subtlety and nuance and, for even the weak-spirited and wrong-headed, insight and compassion. 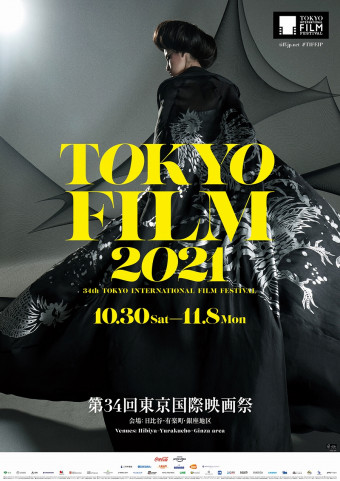