Hong Kong/Tokyo (September 9, 2021) — The Asian Film Awards Academy (AFA Academy or AFAA) announced the nominations for the 15th Asian Film Awards (AFA15) today. AFA15 will present 16 awards recognizing artistic and technical achievements in Asian cinema, and two Japanese films, Wife of a Spy (Director: KUROSAWA Kiyoshi) and Wheel of Fortune and Fantasy (Director: HAMAGUCHI Ryusuke), along with China’s One Second, South Korea’s The Book of Fish and India’s The Disciple are competing for this year’s Best Film Award.

Japanese films and talents were nominated in 14 categories in total, including a Best Actor Award nomination for Under the Open Sky’s YAKUSHO Koji, who was the Festival Ambassador of the 33rd Tokyo International Film Festival (TIFF) and recipient of the Excellence in Asian Cinema Award as well as Best Actor Award winner at AFA13; Best Actress Award nomination for AOI Yu for Wife of a Spy, which received nominations in five categories; and HARUMOTO Yujiro for A Balance. His first feature film was screened in the Japanese Cinema Splash section in the 29th TIFF.
*See below for the full list of nominations.

In 2020, the 14th Asian Film Awards moved to Busan, South Korea for the first time and were held online due to COVID-19 restrictions. This year, AFA15 will be held again in conjunction with the Busan International Film Festival (BIFF) and the winners will be announced and presented with awards on October 8, 2021. The ceremony will commerce in a hybrid form, which combines on-site attendance in Busan and online participation.

TIFF, together with BIFF and the Hong Kong International Film Festival, created the AFA Academy, a nonprofit organization, in 2013 to promote and develop Asian cinema and its talents.

Asian Film Awards (AFA)
Celebrating excellence in Asian cinema through the annual presentation of awards to talents and films, the Awards night is a spectacular gathering of stars, celebrities, industry professionals and the media that highlights and publicizes the year’s achievements in Asian movies.
afa-academy.com 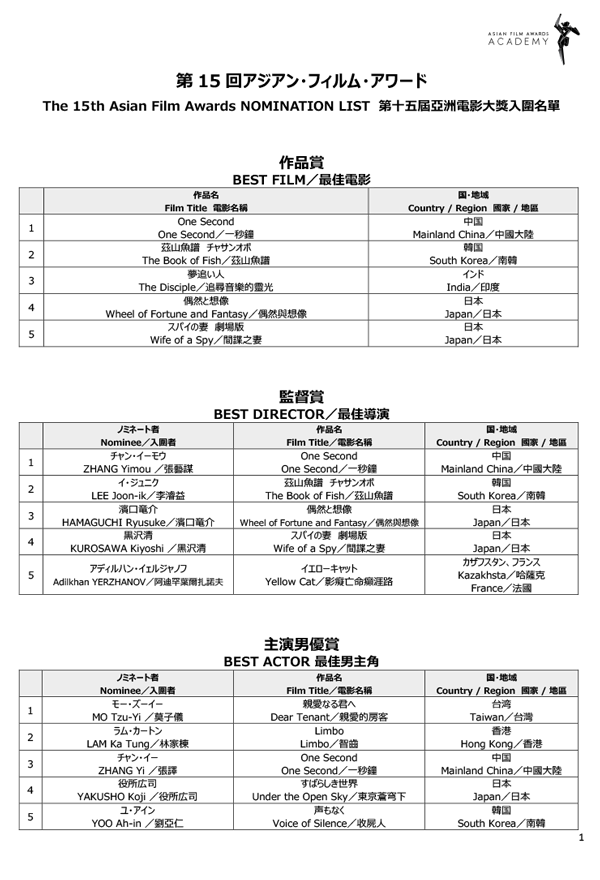 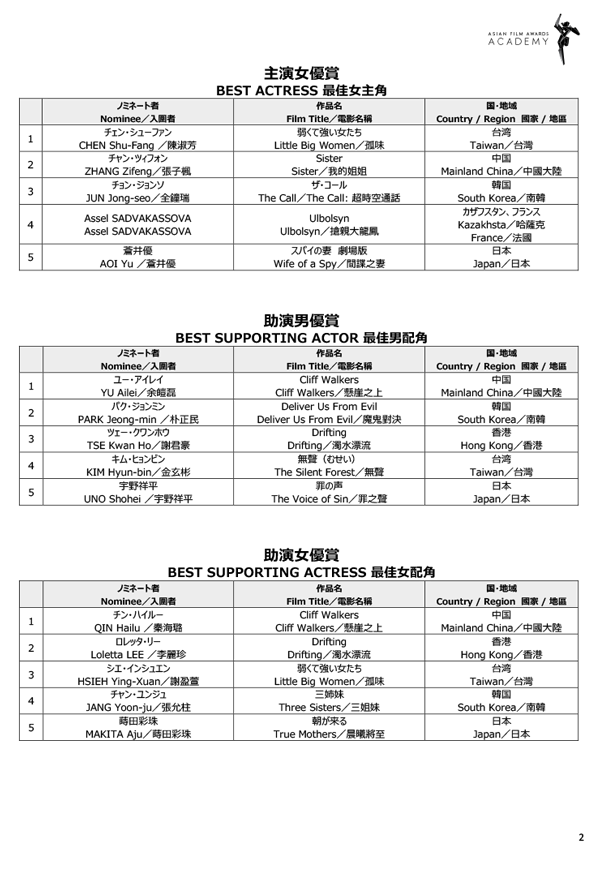 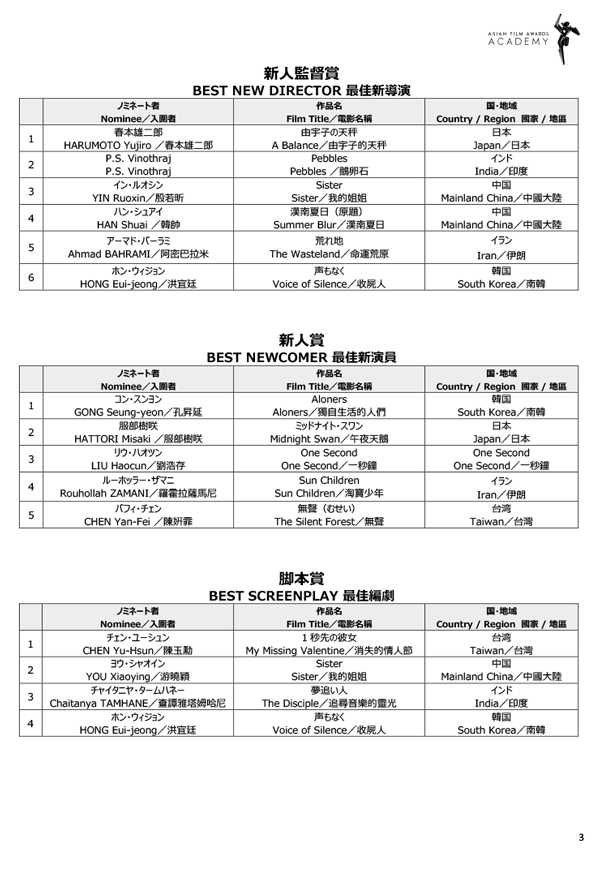 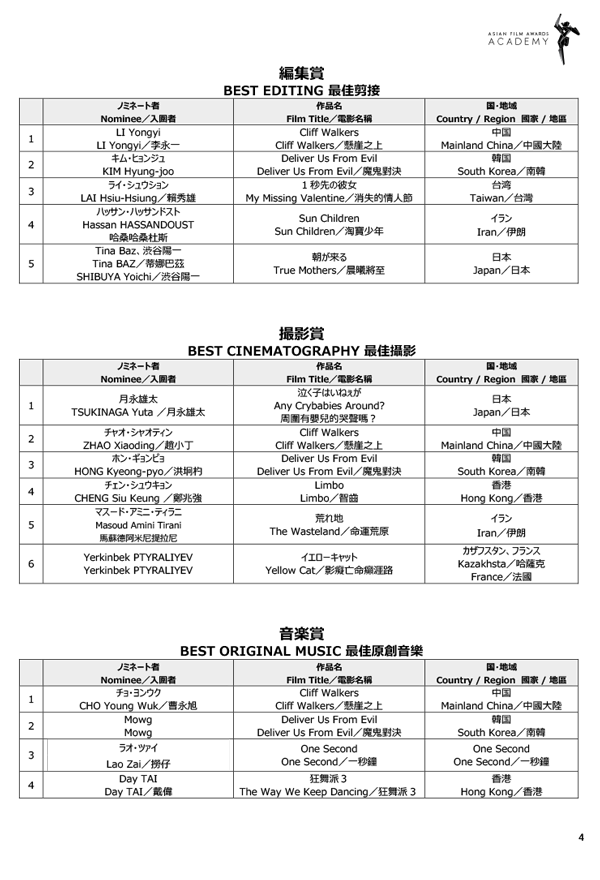 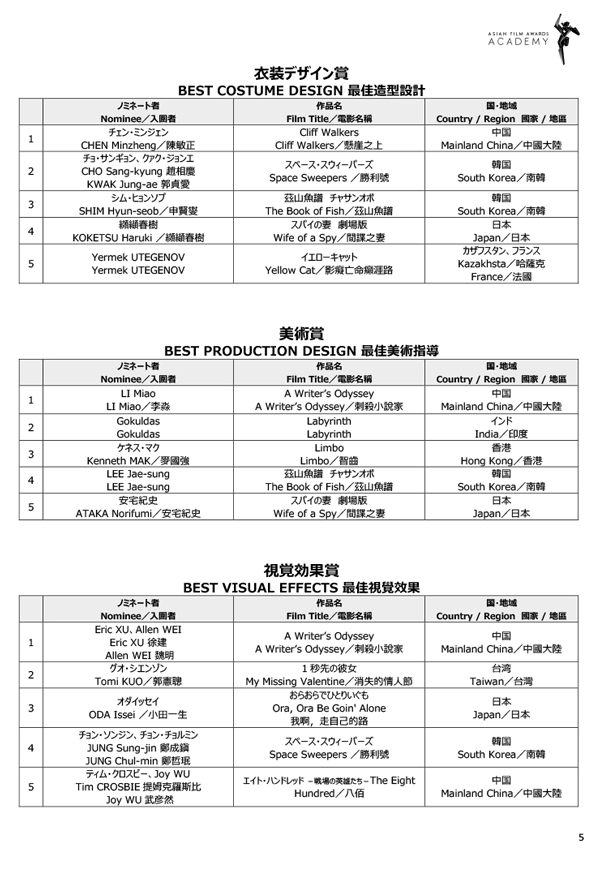 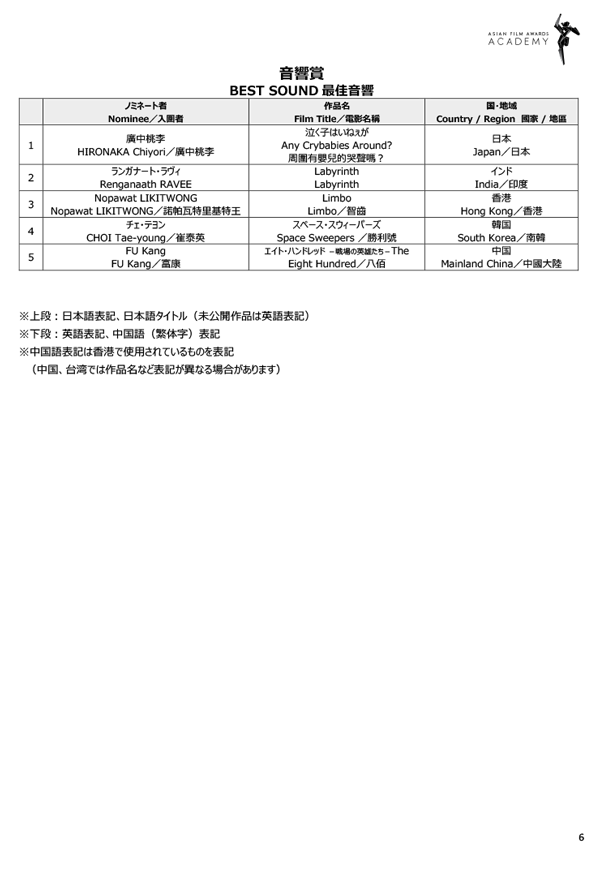