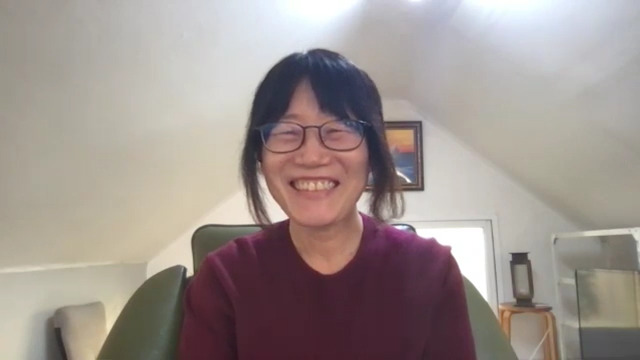 Ji-wan, a struggling female filmmaker, received a job offer to restore the film A Woman Judge, filmed in the 1960s, directed by a Korean female director. The film had sound damages and some scenes were cut. The search for the missing parts eventually reveals a hard period the Korean female filmmaker had to live though for half a lifetime –.

The latest film by Shin Su-won, whose Passerby #3 (2010) won the TIFF Best Asian Film Award, pays homage to preceding female filmmakers. Lee Jung-uen, who was the housekeeper in Parasite (2019) playing the leading role.

Shin Su-won joined the TIFF official interview on October 31th, starting from the question about how much of her life experiences are included in the film. She answered, “I often get this kind of question. Though about one quarter of the film was based on my experience, I’ve created the remaining.”

About the female filmmakers who appear in the film, she continued, “The characters were the people who actually existed, the preceding female filmmakers. About 10 years ago, I interviewed them to shoot a documentary for a TV show. One of them was Park Nam-Ok, who was the very first female film director in Korea and comes out in Hommage, and another one was Hong Eun-Won, the director of A Woman Judge, who had already passed away.“ This meeting gave Su-won the motivation to shoot a film about them. “Both characters have motifs based on the past, however, the details are what I have created,” she said. Referencing the interview toward the daughter of Hong Eun-Won done 10 years ago, the interview to editing staffs who Su-won has relations as friends, and some interviewing articles of Hong Eun-Won, Su-won was set in motion to screenwriting in 2019.

“Actually, the job of restoring the film was made up from my creativity,” she said, who has not done a job of restoration in her lifetime. “I summed up a variety of things from my imagination more than reflecting the documentary I shot for the TV show, and one of the things was the restoration work of an old film.”
The screening film of A Woman Judge was not yet found when she held the interview 10 years ago. But later, she got to know that it was donated, and that led her to include the story of investigating the film. “One third of the film, however, is still not found today,” she said. “Most of the scenes of A Woman Judge shown in the film are from the existing film. On the other hand, the ending scene was composed by staff including myself. The existing film was on the screen thanks to the cooperation of the Korean Film Archive.”

Then, the interviewing topic moved on to the theme of Hommage. When Su-won was mentioned about Ji-wan’s depressed feeling shown in the film, she agreed on the fact that it imitates herself widely. “This film, Hommage, is my 6th film in my 10 year career, starting from Passerby #3 shot in 2010 and participated in TIFF. I consistently struggled with the fear of if I could shoot the next film or not. Although I repeatedly tried not to simply think that it’s not because I am a woman. It always feels like I have to prove myself when I shoot something.”
Despite this, she seems to have less concerns about it nowadays compared to her period of youth. “Hommage is a film similar to a diary that recalls my past.” Yet, in the situation of COVID-19, her fear seems to grow and sprout even stronger than before the period of pandemic.

Relating to the character settings, the family bond was demonstrated very real and humorous in the film that it makes the audience assume as if this might be the real to the director. Su-won responded, “Part of it, it’s true. But I don’t take money from my husband’s pocket like it’s shown in the film. It was part of my effort to make the characters more humorous, more like the caricature as much as possible.”

Next, about the casting, Su-won disclosed that she didn’t know about Lee Jung-eun until she recognized her in Another Child (2019) directed by Kim Yoon-seok, who is also known as an actor, and the Parasite (2019) directed by Bong Joon-ho. When she saw Jung-eun’s great acting, she was impressed and wished to work together. “I sent my script to her when I’d finished writing, and she replied okay regardless of her busy schedule. She was very generous and I got to talk with her a lot between the scenes. I believe she played Ji-wan role greatly, beyond my imagination.”

Also, the music, used aged pieces successfully, which was not used so often in the films she takes rudder on. “I requested songs that remind us of our memories, in the mood of retrospective, focusing on the piano tones. Inserted song was what I had heard before and sounded near to this work. The song, Primavera Italia was accustomed as cafe music placed in Myeong-dong.”
She also revealed her commitment for the use of accordion to produce the retrospect atmosphere over the scenes of lost film. In fact, Bach’s piano score, used in the very end played by a pianist, cost high enough. 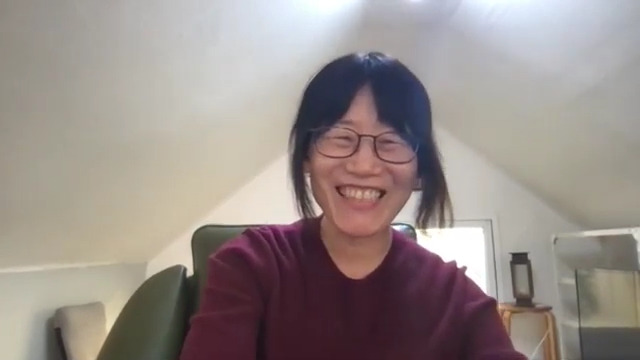 And lastly, the ruined theatre in the film was pointed out as representative of the situation in Korea at present. About that, Su-won said, “It could be said that it’s an irony, but this script was written before the COVID. And now, theatres are forced to shut themselves down under this circumstance. In the past, I had made use of a ruined theatre in Pusan since it’s scene was essential for the documentary.” She also deplored about how most of old theatres are deceased now, and the survivors earn their narrow revenues by screening blue movies. In accord with this situation, she chose to adopt the aged theatre in Pusan and Wonju. “(In Wonju’s theatre) there was a projection room, however, the 35mm film projector was out of use. The purchase of this film projector led us to exceed our budget.” 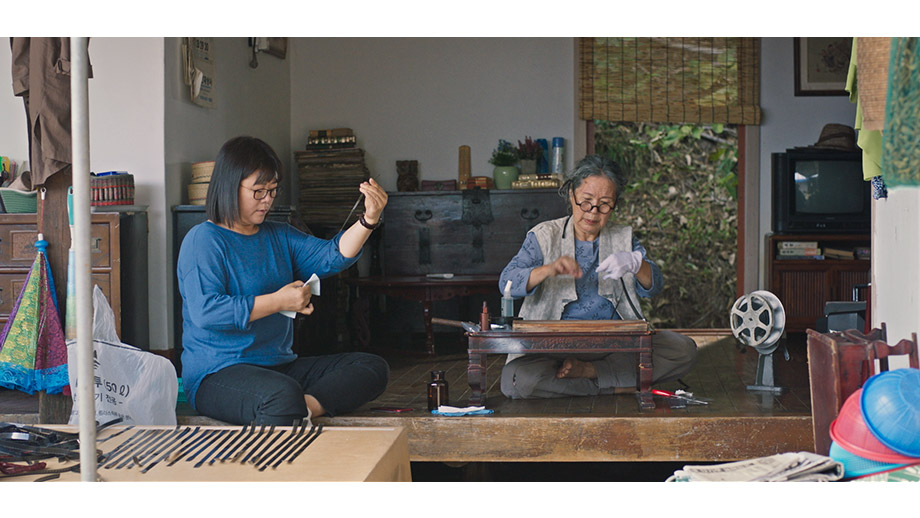