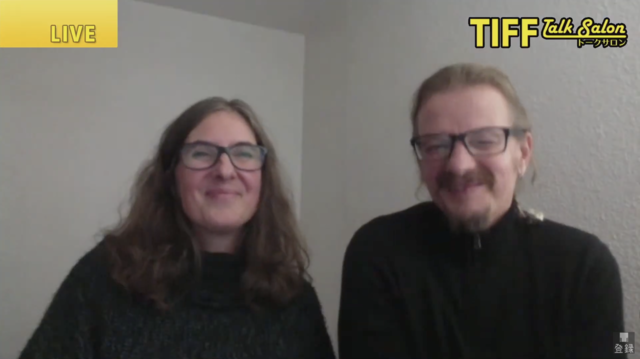 The bond between mother and child is a potent theme that’s put to the test in The Other Tom, screening in the Competition section of the 34th Tokyo International Film Festival. The mother in this case, Elena (Julia Chavez), is a Mexican woman living in El Paso, Texas, trying to raise her 9-year-old son, Tom (Israel Rodriguez Bertorelli), who is diagnosed by a local health center professional as having ADHD, a common condition in which the child has trouble concentrating and often acts out in frustration.

A single mother whose ex-partner, living back in Mexico, never sends any child support, Elena struggles with her day-to-day existence, working a warehouse job that pays peanuts and gaming the welfare system as best she can to reach a livable state of grace for herself and Tom, who, as children usually do, doesn’t see the struggle but only how the resulting situation affects them.

Tom idealizes his non-existent father, whom he hasn’t seen in 3 years, because the father makes no claims on him. Elena, however, through a combination of conventional parenting notions and impatience with the life she’s been dealt, comes across as being overly harsh toward Tom, thus making the relationship especially fraught.

She accepts the ADHD diagnosis and the attendant medication readily because it makes her life that much easier, but once she starts noticing a marked difference in Tom’s attitude, she begins to wonder about what she calls the judgments of “stupid rich white people,” and throws the meds away. Her troubles then multiply. Not only does she have to deal with a child who can’t sit still, but also a social welfare system that now sees her as an unfit parent.

During a Talk Salon Q&A session with director/writers Laura Santullo and Rodrigo Plá, speaking from Mexico, TIFF Programming Director Ichiyama Shozo said some viewers were wondering whether treating ADHD with medication is as controversial in Mexico as it is elsewhere. Santullo said that their research showed that even in Mexico, there’s now a split among doctors as to how to address ADHD. Many now believe that it isn’t necessarily a malady, but rather a somewhat enhanced condition of normal growth. However, she cautioned, the movie wasn’t designed to offer a solution to this problem, but rather to show how it affected one particular woman whose means to address it were limited.

In that regard, Elena is a unique character. Her struggles are meant to evince empathy even though her personality can be off-putting. Her sexual appetites are healthy but also somewhat dangerous; and her temperament can be so volatile that she often makes decisions that seem counterproductive to both her interests and those of Tom, who internalizes her anger as misanthropy.

Santullo explained that Elena was conceived as a “combination of various elements in the screenplay, but as the shooting progressed, other elements intruded on the character naturally. We didn’t want to depict a typical mother, one who unconditionally loves her child, but rather a complex person at the mercy of social forces outside of her control.” This becomes apparent when, at one point, Elena tires of the bureaucratic grind and spirits Tom across the border to visit his father, who turns out to be not the deadbeat the viewer expects, but more of a man-child who just can’t get his life together. The difference is simply that he’s a man and can thus get away with it. But the sequence also shows how relaxed, funny and loving Elena can be when away from the pressures of single motherhood.

A number of viewers commented on the casting, and the two directors clarified that, since they were working in El Paso, they decided to cast locally and spent six months training the actors in a workshop and only eight weeks actually shooting. Consequently, they tried to cast teachers as teachers and health professionals as health professionals.

Ichiyama commented that he has seen the duo’s previous films and wondered how they delegated tasks, since this is the first feature on which they share credits for everything. Santullo, flashing a wide smile, admitted that they have been working together for some time, and though they have always collaborated fully, it is she who was mostly in charge of the script and Plá who handled the directing and most of the on-set business. “Sometimes our opinions don’t sync, but we always find common ground,” she said.

One thing they both seemed to agree on was that another Mexican film being shown at TIFF, Lorenzo Vigas’ The Box, was “an extremely important film for Mexico,” as it covers the dangerous situation in the northern state of Chihuahua. In contrast to The Other Tom, Santullo explained, “The Box deals with the relationship between a father and a son, and the resulting physical violence,” which is very different from their movie, where the violence is strictly emotional.”

The Other Tom (Mexico/ US)