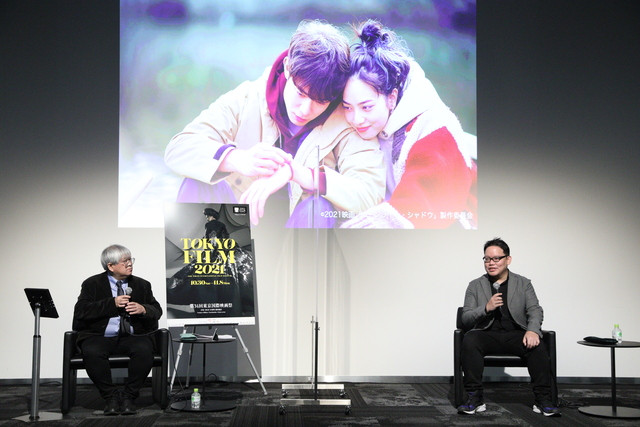 Yoshimoto Banana’s popular short story “Moonlight Shadow” recounts the emotional journey of a young woman, Satsuki, who attempts to come to terms with the tragic death of her partner Hitoshi. Thirty-three years after its publication, the tale finally gets a cinematic treatment by Malaysian director Edmund Yeo. In his most accessible work to date, Yeo delivers an atmospheric healing piece which quietly unveils our cosmic connections with the deceased. The Japanese-language film adaptation is screening in the Nippon Cinema Now section of the 34th Tokyo International Film Festival.

Yeo, a regular presence at the festival since his first feature, River of Exploding Durians (2014), became the first Malaysian feature in TIFF Competition, and the TIFF Best Director winner in 2017 for Aqerat, was in Tokyo for the TIFF Talk Salon on November 1, moderated by Programming Director Ichiyama Shozo. Asked about how the project began, he explained, “I became very interested in Japanese literature around 2006-7,” said the filmmaker, “One of the first books I read was Yoshimoto Banana’s ‘Kitchen.’ In that book, I also read the short story ‘Moonlight Shadow.’ It left a really long-lasting impression, and stayed in my head for many years. Two years ago, I was talking with my producers, and they mentioned the possibility of adapting the story. Many of my works have been impacted by Japanese literature, and the chance to adapt ‘Moonlight Shadow’ is like fate. I said, ‘Yes, let’s make a film that can honor Yoshimoto Banana’s writing.’” 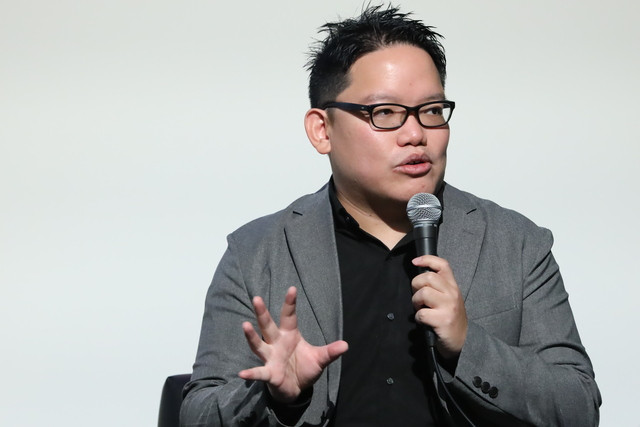 Despite being a passionate follower of Yoshimoto’s works, however, fidelity to the original novella was not necessarily the top priority for the filmmaker. “Cinema and literature are two very different things, so it’s impossible to make a 100% adaptation just using the text,” said Yeo, “I wish I could do a faithful adaptation of the story, but it’s more important to be faithful to the emotions and spirit of the story. You can see there are quite a lot of differences between the story and film, but we tried to capture the spirit of the writing. We used the emotions described by Yoshimoto Banana to guide our decisions.”

Along with Yeo’s stylistic audacity, which makes Moonlight Shadow especially powerful, he has also captured alluring performances by the young actors. Komatsu Nana, who plays Satsuki, had always been the first choice of the director. “I saw her first film World of Kaneko and I’ve been following her since then,” noted Yeo, “She has great subtlety, she does something different in each film. Without her, there was no film. I’m glad she said yes.”

Komatsu appeared at a post-screening Q&A session later the same day, with two other cast members, Miyazawa Hio and Sato Himi, and spoke about her difficulties with playing a grieving character who undergoes otherworldly experiences. “The filming actually started after the death of Hitoshi had occurred,” said Komatsu, “so I had to imagine in my head what Satsuki might have looked like when she was spending time with him.”

One of the film’s highlighted fantasy elements is the moonlight shadow phenomenon that is believed to offer an opportunity the living a chance to reconvene with the dead. Referring to the paranormal phenomenon the characters experience, one audience member asked who the cast members would like to meet if such an opportunity was given to them. Miyazawa answered, “I want to see my grandfather, who passed away almost 20 years ago. He was bright, experienced wars and became a doctor in the end. He lived through turbulent years. Now, looking back, I would like to know how he lived.”

Sato, on the other hand, seemed to be interested in exploring his non-Japanese roots: “I’d like to see my paternal great-grandfather, who was a Dutch-Norwegian American. He came to Japan during the war and worked as a chef. I’ve never met him so I’m curious.”

Moonlight Shadow is currently in cinemas throughout Japan.