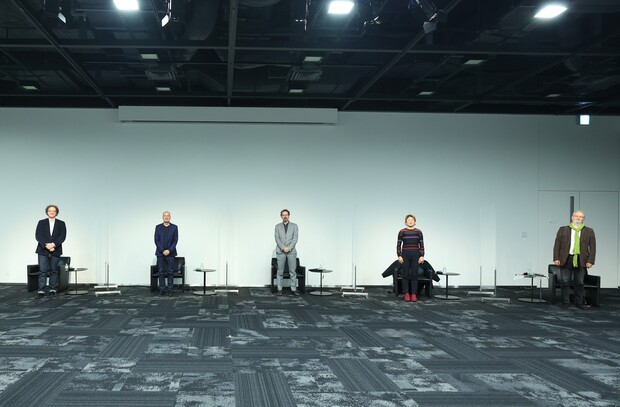 TIFF Programming Director Ichiyama Shozo delivered an impassioned introduction to the World Cinema Conference: The Future of the Film Industry, held on October 31 at the 34th Tokyo International Film Festival.

Ichiyama’s main concern is the future of film festivals after COVID, since he believes they are the engines for international cinematic progress and acceptance. He related how he had attended what was probably the last major offline international film festival before the pandemic made everything more difficult: the Berlin Film Festival, which was held in February 2020. The festival’s artistic director, Carlo Chatrian, was on hand to explain in detail how the festival organizers had to think on their feet for the 2021 edition, since the circumstances of the pandemic were constantly shifting.

“We ended up doing it in two steps,” he said. “First, there was an online component with all the sections reduced—usually we invite 300 films, but this year there were only about 100. And we did bring a jury in, but they watched the movies in empty theaters.” They also decided to postpone the European Film Market component to a later date, and in April, with the city’s permission, they had open-air screenings with social distancing but no masks. Fortunately, the weather was mild and it didn’t rain, but as Chatrian explained it, Berliners are good at doing unusual things outdoors, like watching movies. “We ended up with 65,000 admissions, which wasn’t bad,” he said.

The festival hit the hardest last year by COVID was probably Cannes, which was essentially cancelled altogether; and yet something constructive came out of it. As Christian Jeune, the deputy general delegate of the Cannes Film Festival, explained, when the world “went into lockdown” in April 2020, the Cannes programmers were in the middle of selecting films for May. Soon, the seriousness of the pandemic became clear and it was obvious that the festival would have to be cancelled since postponing it would be “difficult.”

“But we had already done the work,” he said. They could have requested the same films to come back a year later, but that would have been unfair to the filmmakers who wanted their movies out there as soon as possible, so they created the Cannes 2020 Label, a set of major films that were sent to other film festivals as a kind of Cannes-approved package. Everybody won: the festival maintains its brand image and filmmakers got their movies shown with the Cannes imprimatur. When Ichiyama asked him if the decision to hold this year’s edition in July rather than in May caused any problems, Jeune said wryly, “In May, we can say that Cannes belongs to the festival, but in July half the people in town are there on holidays. It worked out well, but it was funny to see all those French people on vacation.” 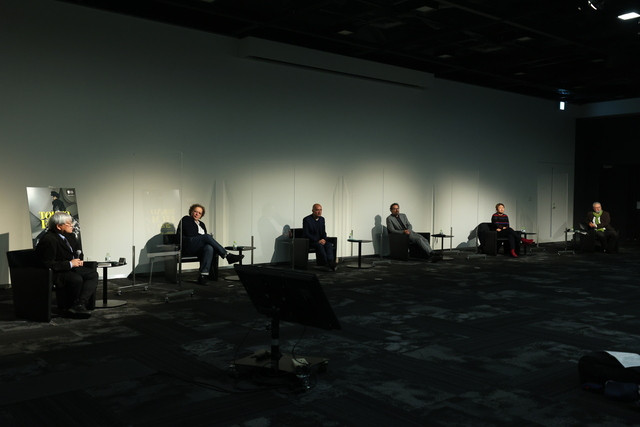 Frédéric Boyer, the artistic director of the Tribeca Film Festival, which is held in New York City, pointed out that the necessity of holding festivals online in 2020 has, in a sense, given new meaning to the impact of film festivals not so much on the industry, but rather on film fans, who would normally never have a chance to attend a festival. “There are geographical restrictions,” he said, “especially in the U.S. Sundance worked well. They got access to non-cinephiles [through online screenings].” Though he agreed that online content should not supersede in-person screenings, he insisted that “small films need more critical attention, and if you distribute them more easily worldwide, then it is better.”

This line of reasoning turned out to be controversial among the guests. Lorna Tee, who described herself as a film person who “wears two hats”—she’s both an independent film producer and a curator for a number of international film festivals—agreed that the online component has and will help more worthy films find a worldwide audience, but insisted that one of the most vital purposes of a film festival is to “bring people together.” She talked about the now-shuttered Macao Film Festival, whose impact was greatly reduced when it went online. “To be in the same space and sharing energy and passion and holding a discourse about cinema—that creates a mind shift. I realized that when it wasn’t there.” The silver lining of the pandemic, in a sense, was that it made organizers realize just what film festivals are capable of beyond screening movies.

For his part, Chatrian wondered how far the online trend would go. Many of the big festivals in Europe could continue through public support, but this is not so in the U.S., where state and local governments are less enthusiastic about using public funds to prop up endeavors that normally work through commercial means. In such an environment, online content is helpful but there is a danger due to the already competitive nature of the medium. “You widen your outreach [with online content],” he said, but then you end up competing with behemoths like Netflix. “Marketing is very different.”

Jean-Michel Frodon, a film critic and cinema historian, and the only person on the panel who was not involved in the day-to-day organizing of any festival, offered a view from the outside. “We have to keep in mind there are thousands of small film festivals that are keeping cinema alive and broadening market platforms,” he said. “Even if they compete with one another, in the end they work together to build something larger and better. And their importance becomes more obvious when the fragility of the system is exposed, as through the pandemic.”

Personally, Frodon had no problem with “attending” film festivals online. During Berlin, he said he saw four films a day, his usual quota, but then Boyer pointed out that Frodon has “a video projector in his basement in Paris,” and so had an advantage over the usual film fan. Frodon countered that he wasn’t arguing against the traditional concept of the film festival as having a “real presence in a real place with a real audience,” only that matters had to be articulated between that tradition and further online potential. 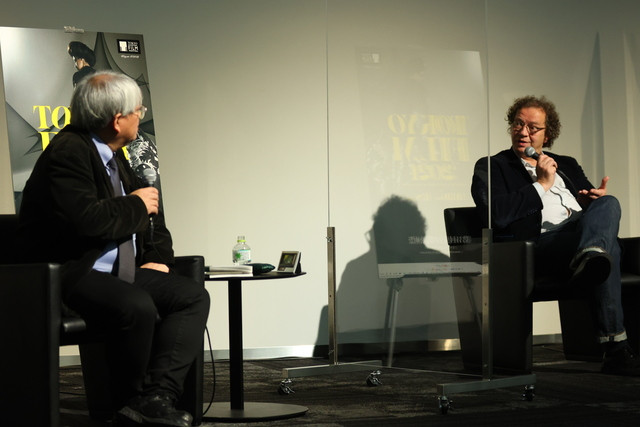 Tee added another ingredient to the mix by saying that the pandemic also pointed out the deleterious environmental impact of film festivals: people have to fly great distances to attend them, and the carbon footprint is substantial. Several other panel members noted that various festivals are already addressing this problem, but none seemed to have come up with an ideal solution. Chatrian said that online screenings are not a solution since the amount of energy needed to run the computer servers that deliver video content is also substantial, maybe even more so than air travel. Only a thousand or so people would fly to a major film festival, but online content could conceivably be accessed by millions. “When I was young,” he said, “I had to make a great deal of effort to attend a film festival.”

The discussion of how content is presented continued into the Q&A period, with one journalist asking how a film festival presenting content online to the world is different from a local TV station presenting its homemade content to the world over the internet. Chatrian agreed that the sudden availability of online content could “rupture” the festival system. Frodor offered the opinion that it has more to do with “programming,” which gives each festival its distinct identity, than it does with marketing. “The danger is when the pattern becomes the same everywhere. Building a dedicated audience through careful programming—that is what defines a film festival.”