Despite the continued challenges and uncertainties brought about by COVID-19, as announced earlier, the Tokyo International Film Festival (TIFF) plans to go ahead with the 34th edition of TIFF from October 30 through November 8.

As always, TIFF remains dedicated to the safety of our audiences, filmmakers and staff, and we are committed to doing our part to help prevent the spread of COVID-19. With that in mind, we would like to continue providing opportunities to filmmakers and audiences, as well as to help revitalize the film industry.

TIFF is now open for submissions from May 17 through July 16, 2021 via the festival website. As one of the leading film festivals in Asia, TIFF showcases outstanding films created by up-and-coming directors, as well as premieres of work by established filmmakers from around the world in a variety of sections. This year, TIFF is implementing a number of changes after taking vital steps, such as reexamining our approach to programming and reorganizing the overall structure of sections, in addition to moving the festival’s main venue to the Hibiya-Ginza area.

Regarding the structural changes to our sections, in our main Competition, we have revised the selection criteria for premieres. Until last year, priority was placed on films that would have a TIFF Asian Premiere, but we will now also consider submissions for films that will have a Japan Premiere. The Japanese Cinema Splash section will now be integrated into the Asian Future section, since both were created to open doors for young creators, giving them great exposure and helping them thrive. This change will encourage Japanese directors to compete with other Asian directors of the same generation for awards.

TIFF’s main Competition will continue to showcase films that provide glimpses of the world from around the globe, while the Asian Future section will highlight films by up-and-coming Asian directors, including those from Japan and Middle East, who have directed no more than three feature-length films.

Details on the festival’s other sections will be announced at a later date.

As we continue to monitor the global health situation, we will explore options for holding the 34th edition, including postponement or cancelation. We appreciate your understanding about any changes that may occur. 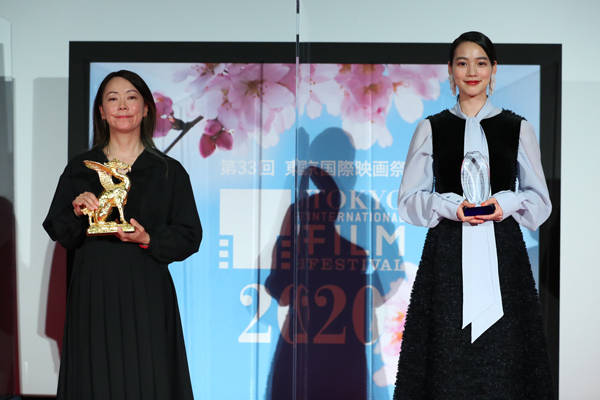